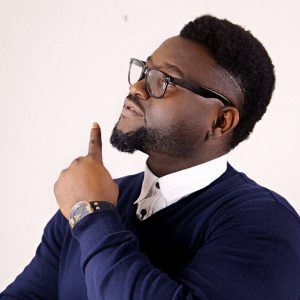 Born, Omoroge Collins in Edo, Benin City Nigeria, JC Collins was exposed to music as at the age of 15 while singing in church as a choir and being an instrumentalist. JC left Nigeria for Germany In 2006 where he has established himself as an independent successful Artist. Bagging Multiple Awards in the Diaspora,  JC has been writing and doing his own music without no influence.

Past Work and Projects

In the year 2006 i came over to Germany where i continued my music career, then 10 months later i went back to Nigeria where i did my first vocal recording. When i came back to Germany, i did a mixtape with some other artists and after that mixtape project, i started my own music project as well, which was very succesful.

I have done alot of shows and performed with alot of artists in germany and in nigeria Wande coal, Wizboy, Mr Flavour and many more. In 2010 i was signed into a record label (MEG MUSIC) .
and after a period of 2 years working with meg music, then myself and some friends came up as a crew togetherm, to make up NBR (NEW BIZ RECORDS).

JC with some friends formed a group that were doing Hip-Hop, RnB, POP, and Reggae Music and they were also doing music promotions, Music Video directing and Shooting. Right now, NBR consists of 3 artist which JC is one of them. German Based TIM and Sean Keller are the other two of the artist JC is working with.

JC is also a well-connected Independent Artists that has many platforms to showcase upcoming Artists. He has helped and opens doors for some upcoming artists to perform LIVE on Nation Wide TV in Germany “Super RTL” (Super Talent), did a production under New Biz Records for his artists (TIM) “Amazing” that made him go LIVE on Germany TV (Kika).Connect With JC Collins on Facebook