John Finch grew up the youngest of 3 boys in a suburb of Dallas where he lost his father to suicide at age 11. As a young man, John did anything he could to avoid confronting the wounds he suffered as a result of being fatherless. His craving for affirmation from a father who was not there to provide it, led him to seek that affirmation from the world in many unhealthy ways. In an attempt to find value as a man, he created a false persona that left him completely unfulfilled. His life was based on the pursuit of money in order to prove his success and he became a social alcoholic as he strived to be the life of every party and gain the attention of those around him.

It was only when John realized and dealt with the unresolved issues of his father wound that he was able to become truly fulfilled. On April 10th, 2009, he finally came face to face with the issues that drove him to seek approval from a father who was not there to give it to him. By forgiving his father and recognizing what it truly means to be a man by God’s standard, he became a new man, husband and father.

John seeks to break down the barriers that prevent men and women from addressing deep rooted anger and hurt from the wounds they have suffered in this life by candidly and openly sharing his story, his failings, and his path to a new way of life. John’s mission is to educate, encourage and equip men to become the fathers they were created to be, and to help men walk in daily awareness of their significant and lifelong influence as fathers. Through The Father Effect Movie, John shares stories and messages that will move viewers to a new awareness about the everlasting impact of fathers and the importance of forgiveness and openness in the relationships of this world.

John has been married for 21 years and has three beautiful daughters. He is incredibly thankful for the second chance to be a father and husband who can offer himself to those he loves without the burden of the bitterness and anger that overshadowed his life for so many years. 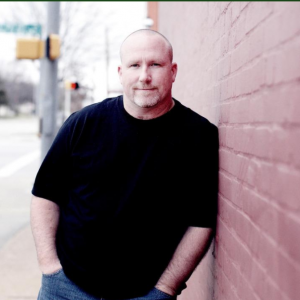