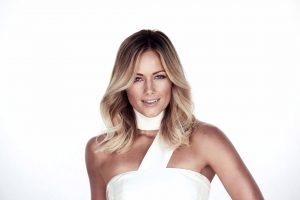 Everyone remembers the moment when the German national team became world champion in Brazil for the fourth time. The day will be a triumph in German history, and, of course, a very special person, who at first glance has nothing to do with football: Helene Fischer . Why did not she miss this show? The Germans love their football team. And the Germans also love Helene Fischer .

The singer has laid an unprecedented musical career and creates with her songs what hardly anybody creates – she brings together young and old, city and country, men and women, all on one eye. It is the intersection to which all can agree, and in the best sense. Their cordial nature, the pragmatic nature, their down-to-earth attitude to life – actually unglamorous attributes – lend it extra glamor.

All the more interesting is now on her new album, because already the title suggests quite correctly that it is probably her most personal. It is simply called “Helene Fischer”, straightforward and unaffected. What is so modest is nothing but the ventilation of a great mystery – why the 32-year-old is so incredibly successful. It is their ability to mix genres and create their own identification platforms.

“Only with you” is such a piece with great recognition. It is about love and the feeling of having finally found the one that has always been sought. The lyrics ” With you I can be at home no matter where we are ” sums up a longing in words that everyone can understand. “Only with you” sounds poppy and yet does not lose any depth. Similar, but with a bit more tempo, the song “rollercoaster” works . Helene Fischer gives German-speaking music a modern garb, which has only little to do with the original concept of Schlager. This makes her as an artist so exciting and also a bit unpredictable.

Anyone who is now afraid that Helen Fischer broke with her eighth album to completely new shores, can breathe a sigh of relief. No, she remains faithful; But also shows that she moves safely in every genre. “Your look” has unmistakable country references. “With every heart beat” is a classic piano piece in the singer / songwriter style. “Viva La Vida” has summer hit qualities, “We break the silence” the potential of a fulminant stadium anthem. “Sun on the Skin” is an astringent pop that forces you unconditionally to hear this song in the car when the window is cranked down. According to!
A real surprise is “Herzbeben” , because with this song, it dares to be uncharted. Electric elements and Schlager? Is that possible? Oh yes, that goes! Beat and bass jump into the blood, you want to get up and dance instantly. “Heartquake” caught a mildly unprepared. One wonders at once: Is that really Helene Fischer? And at the same time, it is perfectly clear that only one can sound like this.
But also quiet tones find their place on this record. “You made me strong” encourages to stop, to look back. With song lines like ” When the air burns here, then I stop you ” from “Aviator” fulfills her longings and builds emotional thought-locks. A very special pearl is “Adieu” , reminiscent of old Parisian chansons. Helene Fischer once again shows a high degree of empathy with her song selection: Only those who are willing to feel deeply can get into others, understand them. The musician Helene Fischer understands her fans, can put herself into many living situations and draw from it creativity. The man Helene Fischer shows with this album: I am one of you, the first among equals. And that is why it is so popular, so successful and certainly with these songs an anchor for millions of listeners