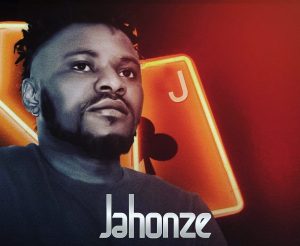 JOSEPH OHONS EHIDIAMHEN artist name Jahonze, was born 1992 in Nigeria at Uromi, Edo State
Jahonze Started music at early age of 7 as a drummer in the church and later joined the
Church choir group.
He was later thought with wisdom knowledge and understanding which has brought him to a positive state of life, hands and heart opened to everybody for peace.
In 2015 JAHONE officially started his Music career in Italy and released his first single track with More Life Man Liveth Produced by Flavio in Italy. The Song was released with official video.
In 2017, Jahonze registered and launched his own record label in Nigeria called (RULESON RECORDS)
Which was been managed by MC.Morris.
JAHONZE came out with another single titled “WOMAN DEFINED FEAT GEE JAY” and got on
AFRICA EU DOPE VIBES TOP 10 CHARTS.
In 2018 another single titled “OMOYE” was released
The success on OMOYE’s single as a heat track has paved another hope of been offered
A proposal from, Contractor Music Group and Amanda records to promote
and distribute with various artists’ compilation CD by Tropical HOUSE Cruises to Jamaica.
This was hosted by DJ GRIDUSA officially.
Got premiered on BILLBOARD and went up straight on music charts. The chart was Linked up with I.CENT an American popular Hip Hop Artist also with Naija EU MUSIC stars on a song Titled “LIGHT UP NIGERIA” with a video shoot by TTY FILMS and directed by Maurizio, featured Gee Jay on previous Woman Defined single.
Jahonze EP Album with 5 tracks has been released.