Joey Badass is the stage name of Jo-Vaughn Virginie Scott, the American rapper, Hip-hop record artist and actor. He is one of the founding members of the Hip-hop collective, Pro Era. Joey is credited for dissolving the fine line between the old school Hip-hop and the contemporary rap. He made a name for himself in the hip-hop scenario by releasing his mixtape, ‘1999’. To date, he has a total of 19 singles, three mixtapes and an extended play (EP) to his credit. Some of his notable works are ‘Summer Knights’, ‘All-Amerikkkan Bada$$’, ‘1999’ and ‘Rejex’. Joey has a unique style which is raw and quirky. He loves experimenting with his lyrics which in turn helps him to come up with unique compositions. Joey always wanted to become an actor and he did exactly that by bagging a prominent role in the TV series ‘Mr. Robot’. 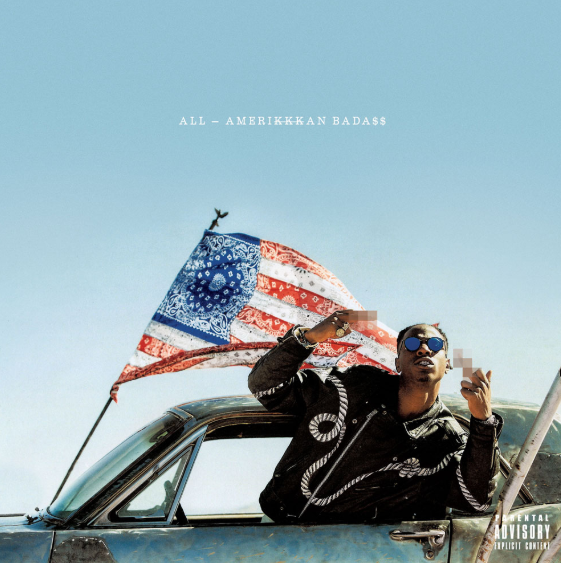 Joey was born Jo-Vaughn Virginie Scott on January 20, 1995 in East Flatbush, a neighbourhood in Brooklyn, New York City. His mother is from St. Lucia, Caribbean Island, while his father is a native of Jamaica. Joey became the first member from his family to be born in the United States of America.
Joey developed an interest towards literature and English language when he was young and started writing poetry and songs at the age of eleven. Since he always wanted to become an actor, he joined the Edward R. Murrow High School as the school had a reputation of encouraging budding actors. He took part in many school plays just to get noticed as an actor. Joey also did a major role in one of his school plays titled ‘John Cusack is Not a Famous Actor.’
By the time he turned 15, he was absolutely sure of making acting his profession. But destiny had other plans for him. When he saw a few rappers exhibiting their skills in his school, he walked up to them and asked if he could join them as he was intrigued by their artistry.
He soon found himself hanging around with a bunch of rappers. This shifted his focus from acting to music. However, acting was never out of his mind and he only thought that music could introduce him to the field of acting.
Capital Steez, one of the members of their group, gave the idea of forming a rap collective. Together they formed a rap group and named it ‘Pro Era’ which is a short form of ‘Professional Era’. Joey became the co-founder of the collective, along with another rapper, Powers Pleasant.
He started rapping under the pseudonym JayOhVee but later changed it to his current stage name. ‘Pro Era’ soon made a video that displayed the group’s rapping skills and posted it on YouTube. In no time the video was all over the internet and it eventually caught the attention of Jonny Shipes, the founder of Cinematic Music Group.
Jonny then approached Joey and asked him to compose raps and songs that he wanted to release under his label. Joey agreed to his proposal but requested him to sign all his fellow ‘Pro Era’ members. Jonny agreed to it and the rest is history.
Joey also started lending his ears to a lot of contemporary rap artists and incorporated some of their techniques into his music. Jonny Shipes is now Joey’s manager

Career
Joey first collaborated with Capital Steez, the founder of ‘Pro Era’, in 2012 and released a song video titled ‘Survival Tactics’ on their official YouTube Channel. Produced by Cinematic Music Group, the tape was recorded at Relentless Records and was distributed by RED Distribution. ‘Survival Tactics’ was partly inspired by ‘2000 Fold’, the first studio album of the Hip-hop collective, ‘Styles of Beyond’.
In July 2012, Joey made his debut as an independent artist by coming up with the mixtape, ‘1999’. The tape instantly became popular and was soon featured in the list of ‘top 40 albums of the year’ by Complex magazine.
Joey released another mixtape in which the remaining tracks of the album were included. It was titled as ‘Rejex’ and was released on September 6, 2012. One of the reasons behind his instant success was that he experimented with his music and also fused many genres of music. Although it was a dicey thing to do, it turned out to be a recipe for good music.
In 2013, Joey’s career scaled greater heights when he released his second mixtape, ‘Summer Knights’. ‘Unorthodox’, a single from the tape, which was released earlier that year, was already a hit.
‘Summer Knights’ was first intended to be released as an extended play, but for some reason, it was released as a mixtape. Joey did release the EP version on October 29, 2013. The EP was at the 48th position on the ‘Top R&B/Hip-Hop Albums chart of US Billboard’. Joey secured his first nomination in 2013 under the category, ‘Best New Artist’ at BET Awards.
Joey’s dream of being an actor materialized in 2014 when he was cast in a short film titled ‘No Regrets’. The story of the film was loosely based on his real life. In August, he released the first track from his next album, ‘Big Dusty’.
The full-length studio album was released on 12 August 2014. In the beginning of the year 2015, he gave a live performance in the famous talk show, ‘The Tonight Show Starring Jimmy Fallon’. He then went on to share the stage with some eminent Hip-hop artists like BJ The Chicago Kid, The Roots and Statik Selektah.

He released his next album ‘B4.DA.$$’ on January 20, 2017, which also marked his 20th birthday. The title of the album is the representation of the phrase, ‘Before the Money’. Joey made his debut television appearance with the thriller series, ‘Mr. Robot’. He played the role of Leon, the best friend of the lead character.
Joey had to turn down the offer to play Barack Obama in a biography because of this series. Joey then released the single ‘Devastated’ on March 4, 2016, which was the first release from his then upcoming album, ‘All-Amerikkkan Bada$$’.
The song grabbed the 25th position on the ‘Bubbling Under Hot 100 Singles’ chart. The single was certified as a gold copy by the RIAA as it made record-breaking sales.
On January 20, 2017, he released the second single ‘Land of the Free’ from the album and finally on April 7, 2017, the album hit the shelves.
A month later, Joey’s representatives announced the concert tour, ‘Everybody’s Tour’. During the tour, he was accompanied by rap and Hip-hop artists like Logic and Big Lenbo.

Controversies
Capital Steez, the founder of ‘Pro Era’, committed suicide on December 24, 2012. The investigation reports suggested it to be a case of murder. The report also suggested that Joey could be involved in the murder.
Another controversy involving Joey cropped up when he broke the nose of a security guard during Falls Festival in Byron Bay, Australia. The incident took place in the year 2015.