Mike Thompson was born and raised on the beautiful Gulf Coast of Florida. His travels have taken him literally around the world, but he always seem to follow his wondering feet back home.  Mike says he loves the slow pace, friendly people, and the connection with nature that you get there.  He certainly feels the pain of being and independent artist, but he relishes the freedom to create that comes with it.

While the debut album, Out of My Head, was written more in the style great story-tellers, Mike took a different direction for his new release Needful Things.  The music and lyrics were crafted to create emotional responses.  This was a big change of approach.  “At first I thought it would be very difficult, to mold arrangements and string lines together to build musical scenes.  After a little realignment and a lot of discussions with collaborators, the music began to flow.  I’m thrilled with the way it all come together.”

This indie-rocker has once again worked with big name collaborators on this effort. Nashville session legend Brent Mason provided guitar leads, and Glenn Thomas and JJ Crews produced and recorded the album.

While the debut album, Out of My Head, was written more in the style great story-tellers, Mike took a different direction for his new release Needful Things.  When asked to describe the effort, Mike said “The music and lyrics were crafted to create emotional responses.  This was a big change of approach.  At first, I thought it would be very difficult to mold arrangements and string lines together to build musical scenes.  After a little realignment and a lot of discussions with collaborators, the music began to flow.  I’m thrilled with the way it all come together.”

For more information on Mike and to hear his music:

The Flying Cruisers is a soft rock band consisting of Ana Kreimeyer (lead singer), Justin Waterman (lead guitarist), Morgan Waterman (drummer), and Carlos Garcia (bass guitarist). The River Side, a California-based group’s single, “How Did I Fall In love” talks about the beauty of falling in love with the right person. Sometimes, it feels like a dream especially when you are with someone you feel you do not deserve or is too good for you, you may find yourself just asking the same question, how did I fall in love?

The lyrical pallet has numerous colors just like the cover art exemplifies. In fact, it is hard to fault the construction of “How Did I Fall In love”. It is equally hard to fault its guilelessness and not be won over by it. It is one of the fearless great love songs with preternatural wisdom and inclusiveness. The plot of the song is confessional explaining the reasons people fall in love.

Armonite is the instrumental rock musical collective led by composer Paolo Fosso. In May 2018, Cleopatra Records released their new album, “And the Stars Above”, which has been presented in Japan with a 5 concert tour.

With the track ‘Blue Curaçao’, Armonite have been awarded an Honourable Mention both in the Instrumental and Performance categories at the International Song writing Competition 2017 from a top level committee including Tom Waits, Lorde, Bastille, Billy Cobham, Ziggy Marley, Don Omar, and Keane.

Their previous album, “The Sun is New each Day”, was produced in 2015 by former Muse producer Paul Reeve with mastering at the Abbey Road Studios in London. The album includes guest appearance by Colin Edwin of iconic UK prog-rockers Porcupine Tree.

Armonite performed at Expo 2015 Milano for “The Water Rooms” Official Launch organized by UNESCO. After their performance in Bettmeralp, Switzerland, March 2016, at an elevation of 2,000 meters (6,500 ft), the band toured UK in mid-July.

Armonite has also published the videos of a few soundtrack renditions from the most popular video games and movies: Game of Thrones, Pirates of the Caribbean, Harry Potter, The Exorcist, Suspiria, Skyrim, Final Fantasy, Halo, Metal Gear Solid, The Witcher, and many others…!

BARLEY STATION has become a top Indie recording artist scoring #1 and top 10 songs on a myriad of charts, both indie and mainstream in the US such as FMQB, New Music Weekly, National Radio Hits, The Independent Music Network and overseas on the European Indie Charts with songs that cross into multiple genres.  It is about making music for the  love of art in musical form.

The mellifluous sounds of Barley Station can be detected not only in their intricately written lyrics,
but also in their sound  with layers of real, organic harmonies, driving rhythms, and contagious melodies.
Although the band pulls a distinctive  Alternative vibe, in terms of genre, most reviewers, fans, and radio claim that the Barley Station signature is a genre crossover blend of Americana, Country, Pop, Folk, and even Rock/Alternative which is authentic and original.

The band’s founder and frontman, Randy Wayne Belt, cultivated his artistic edge through Musical Theater and Acting. Randy has also picked up the pen, not only as a songwriter, but also as a Music Journalist and is also, contributing writer for Starlight Music Chronicles Magazine. His work has also been published in American Pride Magazine, Indie Habit, and A.V.A. Live Radio.

In 2013, Barley Station were nominated for “Best Country Artist” and “Best Folk Artist” for AIMA (Artists In Music) Awards followed by their nomination in 2014 for “Best Country Artist” and “Best Composer/Songwriter” also at AIMA. The band was a contestant in the 2013 Texaco Country Showdown and has been interviewed internationally by numerous radio and magazine publications, including an extensive interview with the Entertainment Vine. The band has also been featured and performed live on FOX 2 News, and The Dave Glover Show on 97.1 FM in their home base area of St. Louis, MO.

In 2017, Barley Station was submitted for nomination for the Americana Music Awards in the ‘Best Song’ and ‘Best Artist’ categories.

“Barley Station is a rare breed of band that successfully combines all of your favorite genres into a unique sound of their own.”

“Rootsy alternative country at its best… ‘I Found You’ will find itself at home in any country music fan’s collection.”

“They blend alternative country and rootsy folk-rock into a style that has all the pop appeal of the classic Jayhawks records, but remains earthy and resolutely unpolished. It’s a win / win for me, and I’m sure they’d appeal to both No Depression readers and fans of first generation country rock”

“Barley Station has an addictive “twang” about their music that, honestly, I never knew I liked. In fact, I had to make a new category in the Genre section for Country just for them.”

“this group is not one to get labeled into one specific genre of music. I say kudos to them for branching out and making music they want to make.”

– Maxim Daniels, IT’s All About That Music

“it’s clear that this is a band that is going in a consistent, forward direction and show no signs of stopping.  “Double Star” is brilliant in its Immaculate Conception, composition, and imagery that is evoked when listening but it is also just a small piece of the pie when you consider the capacity and the quality of music that the band has already produced and recorded.”

Big Al Staggs’ new single / video “Been There Done That” is the first of 10 songs off the brand new “SoLo” album that features 10 freshly cooked original compositions.

If you aren’t uplifted by the message, energy and positivity, go see a doctor. This isn’t just another song, it’s an uplifting moment, a tangible positive force that this battered society so desperately needs.

His storied career with the Left Wing Fascists and Moaning Lisas has fueled this epic offering of sheer energy, good vibes and terrific storytelling.

Speaking of storytelling, the lyrical content is one that every man and some ladies can surely relate to.

The tribal chant accompanying Big Al on lead vocals resets the stage for glimpses and memories of nights he can’t remember with friends that he’ll never forget. Just when you’d thought “you’d been there and done that”, “you ain’t seen the likes of her”; a life altering partner who’ll show you “you ain’t seen nothin’ yet”!

This new single and video is produced and directed by the former lead guitarist for Iggy Pop and David Bowie, Stacy Heydon. Stacy is also known for his production work of the rock band Sheriff’s #1 Billboard Hot 100 single “When I’m with You” (Capitol Records).

The music video was filmed in San Clemente CA, and includes actual real life events unfolding as the crew moved from location to location (the arrest scene and the girl in the Target parking lot removing her warmed up burrito from the running engine of her parked car)… yes really!

A perfect fit for the “Been There Done That” theme.

Big Al is from Norfolk Virginia, but his writing is from the heart and his vocal delivery is from his soul.

Check out this new single and please contact us for the complete album release set for this January 1, 2020.

Newtierra is a psychiatric institution of a semi-stationary profile, opened at the end of 2015, experimentally rehabilitating patients through music therapy and treatment aimed at reducing the main syndromes and symptoms of diseases and further to normalize the mental state.

NTRR ASLM – welcome to the real side of yourself… 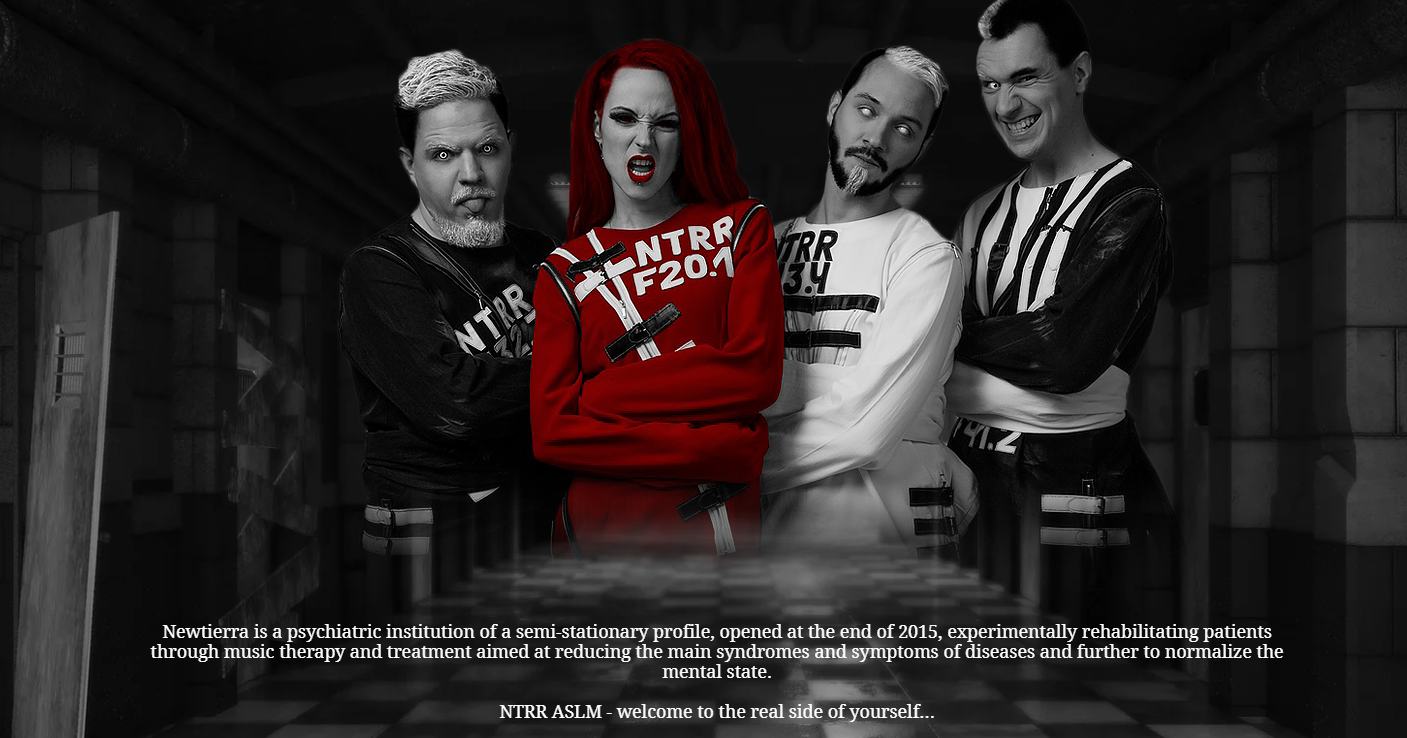 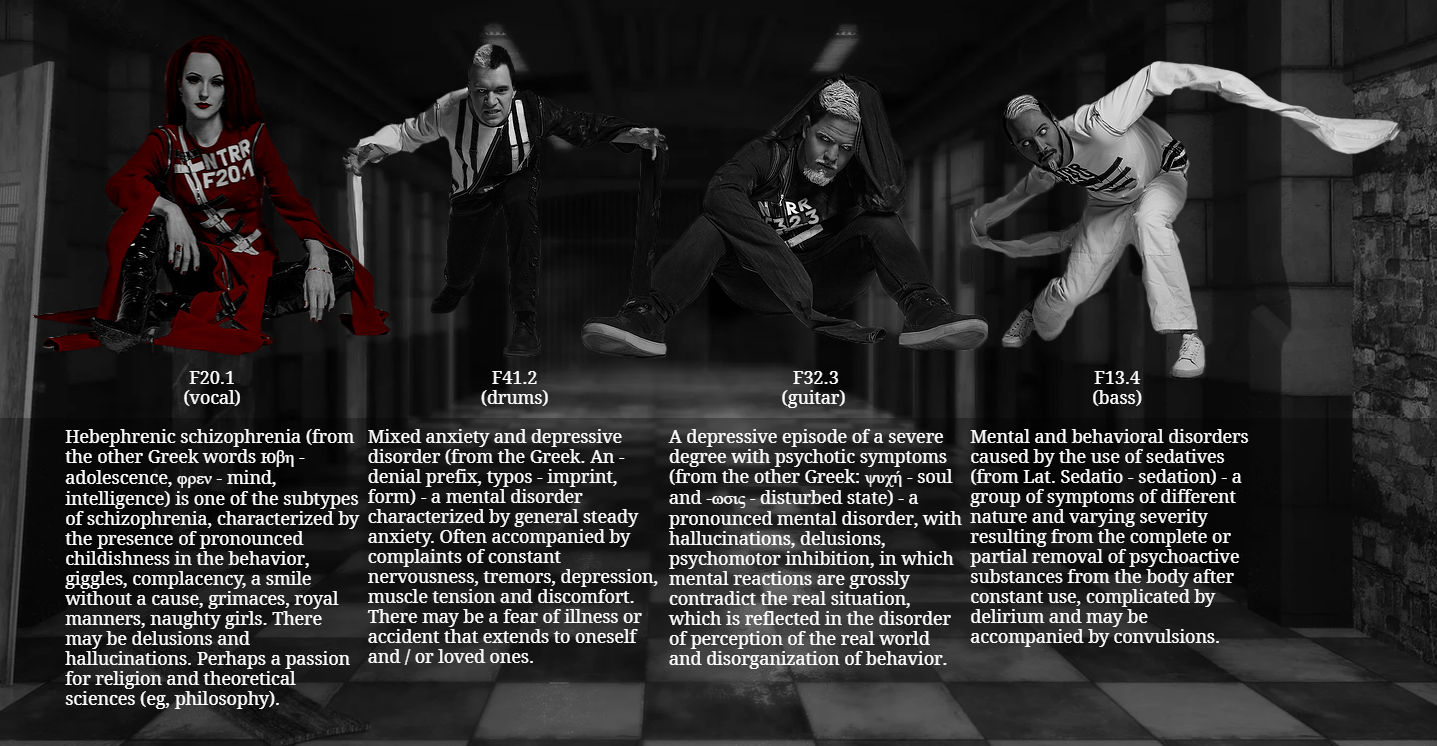