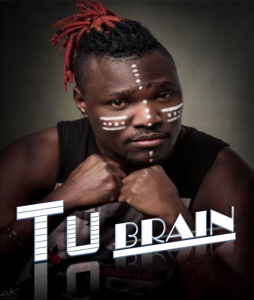 Solomon Tu Brain Omoruyi, artist name Tu Brain, was born in 1986 as the son of the King Omoruyi of Edo State in Nigeria. From young age his musical talent was positively influencing and directing the royal orchestra and choir. Growing up with sweet whistling early-morning-birds and the various sounds of nature, to him the rhythm of the earth and life, deeply raise his natural talent.
After graduating as an historical in university, his life mission to become a popular musician
has led him to become an afro beat singer, songwriter and performer.

In 2014 he travelled to establish his music career in Europe. Also started promoting African Culture in diaspora.

In 2015 he won the title ,,The Best Male Artist Of The Year” at Diaspora Night Award, Germany.

In 2018 he won the title ,,Afro Beat Artist” at Gala Night Award, Germany.

You can meet and listen to him all over the world, on social media, radio, on TV, also live in concert.

His latest creation is almost ready to be released, titled ,,IYARE”. Get ready to enjoy!

Thank you for showing interest on this article, keep up with Tu Brain.