Q: Can you please tell our readers your real name as well as your stage name?
A: My name is Jasmina Frank, while my two partners in crime are Marko Gacina and Slaven Bolanca. Together we are “Jas Frank & the Intoits”

Q: Where are you from and Where were you based?
A: We are from Croatia, Europe. I am originally from Rijeka and the guys are from Zagreb and Primosten, respectively. But, we all met and are based in Zagreb, the capital of Croatia.

Q: What genre of music do you love? Or what genre would you consider yourself?
A: The three of us have a very different taste in music, but what we have in common is that we all live and breath music. I am mostly into alternative and indie rock. However, I generally tend to like anything with a great melody and vocal harmonies, as that is what I enjoy the most. Marko is an accomplished reggae musician and plays in the popular Croatian reggae band “Brain Holidays”, while Slaven is a “klapa” musician, “klapa” being a form of traditional a cappella singing in Dalmatia, Croatia, sometimes accompanied by classical guitar and mandolin. Now, the songs on our album are a different story. It is really hard for me to place them in any given genre. If I had to pick one, I would say indie pop, even though some songs cross into alternative or even avant-garde.

Q: Tell us about your latest track or Video ( what is it all about)Please explain the concept or message behind it:
A: To support our debut album “The Girl from Cherry Valley”, which recently came out, a couple of days ago we published a music video for our song “All the Highs All the Lows” on YouTube. Lyrically, the motive of the song is acceptance of yourself and of the world around you – accepting that we are both crucial and unimportant at the same time, and that sometimes we have to go through the mud to be able to find a sense of calm and meaning. Basically, the message behind the song is that you should never give up no matter how hard you have it and that we should keep showing up in each others lives when it matters. The video tries to reflect that message. Of course, it is for the viewers to judge whether it succeeds or not. 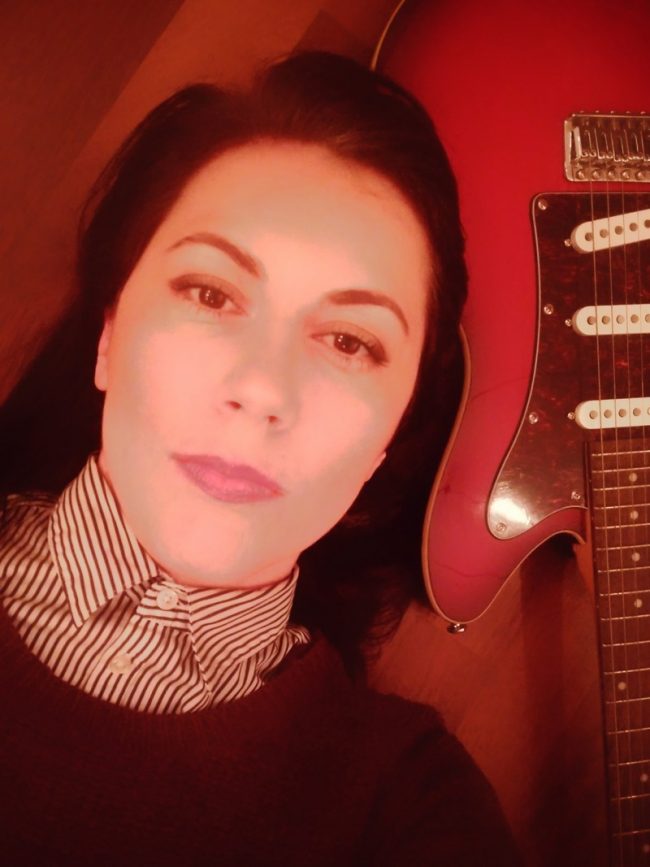 Q: Who wrote it?
A: I wrote “All the Highs All the Lows”, as well as the other songs on the album, with my friend Dino Pitoski pitching in as a co-songwriter on two of them. Marko and Slaven did a great job in producing and arranging the songs.

Q: What inspired you to write this new track
A: I wanted to write an optimistic song or an “everything will be ok” song. It was a challenge for me, because I do have a tendency to drift into darkness when I’m writing songs.

Q: Where do you get your musical inspiration?
A: I don’t really write many songs because I don’t force it. I guess I usually write when I need an outlet or when I really need to process something that happened to me or to someone close to me. It is usually a very intuitive process. It is like the song is buried somewhere deep inside and it suddenly comes to the surface when something touches me emotionally, whether it concerns me or others.

Q: If you were given a chance, which Artist would you love to perform with?
A: There are so many great artists, so it is really hard to narrow it down. It is even harder because many of the artists that left the greatest impression on me are unfortunately gone, and a lot of them before their time. But I’ll say PJ Harvey and Thom Yorke, even though it seems almost blasphemous to say it.